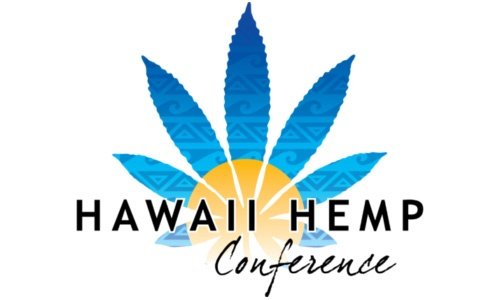 On June 10th hemp enthusiasts from around the world will descend on Hilo, Hawaii to discuss innovations in the hemp industry and its exciting future on the islands. The Hawaii Hemp Conference will host a mini expo and marketplace and a Let’s Talk Hemp speaker series. One focus of the conference will be the history of agriculture on the Hawaiian islands and how modern hemp farming can help repair the damage done by centuries of degradation.

Hawaii has a complex agricultural history. After colonization, Hawaii quickly went from sustainable farming practices to industrial monoculture sugarcane operations. As Hawaiian’s farming methods and culture were being eroded by this new system so too were their soils and landscapes.

Traditional Hawaiian culture revolves around farming and the ancient ahupua’a system. An Ahupua’a is a pie-shaped section of land that starts at the top of a mountain and extends down to the sea. The ahupua’a were farmed in terraces and were how Hawaiian communities were organized.

Today most food is imported to the islands, but originally Islanders had to subsist on what they could cultivate on the ahupua’as. This necessitated an advanced farming system revolving around the staple taro that included bananas, sweet potatoes, and coconuts, as well as many others including sugarcane.

It didn’t take long for the first colonizers to notice the natives farming sugarcane. Very quickly after, many parts of the islands were cleared for monocrops of sugarcane. The industrial sugarcane operations that dominated Hawaiian society for almost 100 years had a tragic environmental and societal effect on the islands. The plantations used damaging farming methods and forced labor that caused deforestation, left the soil depleted, corrupted waterways, and eroded the traditional culture.

The last of the destructive sugarcane operations has closed and now Hawaii is looking to the future and how they can provide food for residents and repair the environmental damage. Doug Fine, sustainable lifestyle pioneer and hemp industry leader says, “No matter what direction Hawaii’s farmers and entrepreneurs take, Step One is soil rebuilding after a century and a half of monoculture, over-grazing, or other soil issues. The fact that hemp not only helps rebuild soil but provides a valuable harvest from season one makes it integral to Hawaii’s agricultural Renaissance.”

The governor of Hawaii, David Ige, has made food security and self-sufficiency a top priority for his administration, and hemp can play a large role in this need, as well as in other exciting and creative solutions to Hawaii’s challenges. Says Fine, “Hawaii has extra issues that mandate food and industrial independence: namely shipping costs. So on the Hawaiian islands, we might very well see the early adoption of high tech hemp applications, such as 3D printing of auto parts, as well as large-scale hemp cultivation for human and livestock feed.”

Addressing these needs and the opportunity for hemp to be a solution will be a theme of the conference. Hemp’s merits as a low-input crop lend itself beautifully to large-scale and small-scale terrace farming where the soil and environment need to be repaired. Two panels will directly tackle these issues, After Sugar: Making a Living from the Soil and Soil Building and Soil Healing On A Volcanic Island Chain. While these discussions are specific to Hawaii, the talks will have broad implications for anyone working on hemp farming where the land has been compromised from a history of agricultural degradation.

Get you tickets now for the Hawaii Hemp Conference to learn more about the amazing opportunities for hemp on the islands (and the mainland) and meet with others in the field doing wonderful work with hemp.

Laurie Hanselmann is a writer, nonprofit management guru, and lover of the natural world. She enjoys exploring how to find more meaning and connection in her life as a ‘Type B’ person through self improvement and productivity hacks. You can find her at persistentlybetter.com.

Hemp Is the Way to Reclaim Our Past, While Supporting a Sustainable Future

Is 2021 the Year of Hemp? Winter Hemp Summit Explores the Road Ahead