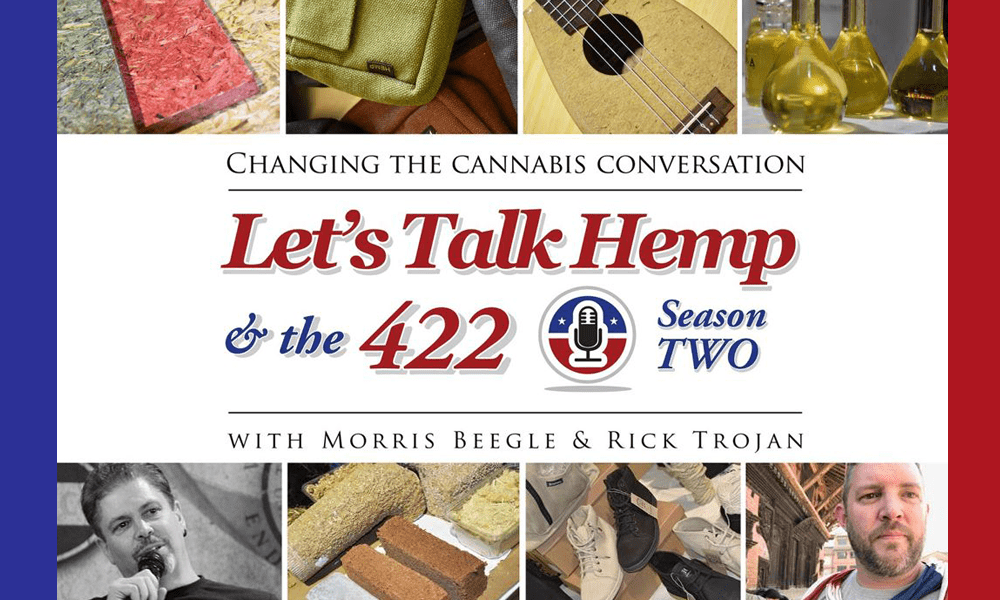 Season Two of Let’s Talk Hemp is here with hemp explicitly OFF the controlled substances list!

This is a monumental development for the hemp industry.

In this episode, we discuss with lawyer Frank Robison the implications of the 2018 Agricultural Act that officially legalized hemp.

We talk about the government’s current position on hemp trade as well as the continuing difficulties involved in interstate transport of hemp and derivatives.

We also discuss the legal implications of the recent seizures of hemp shipments in Idaho and Oklahoma and what this means for the hemp industry on the whole.

Thanks for joining us for this episode of Let’s Talk Hemp & The 422!

“The 2018 farm bill was intended without a doubt to make it much easier for the industry to produce, cultivate, distribute hemp and in in-state and in interstate commerce. It distinguishes industrial hemp from marijuana. Hemp is not marijuana!” – Frank Robison

“No matter how you look at the seizure (of a hemp shipment) in Oklahoma, it should not be a criminal matter, looking at it through the lense of the 2018 farm bill, the 2014 farm bill and most poignantly, Oklahoma law.” – Frank Robison

Special Thanks to the following Associations that helped Push the Farm Bill over the Finish Line:

“It’s very important for the industry to know that if you ship hemp, particularly in it’s raw form or if it’s milled, you are exposing yourself to risk until there is settled case law on this or the USDA promulgates its regulations.” – Frank Robison