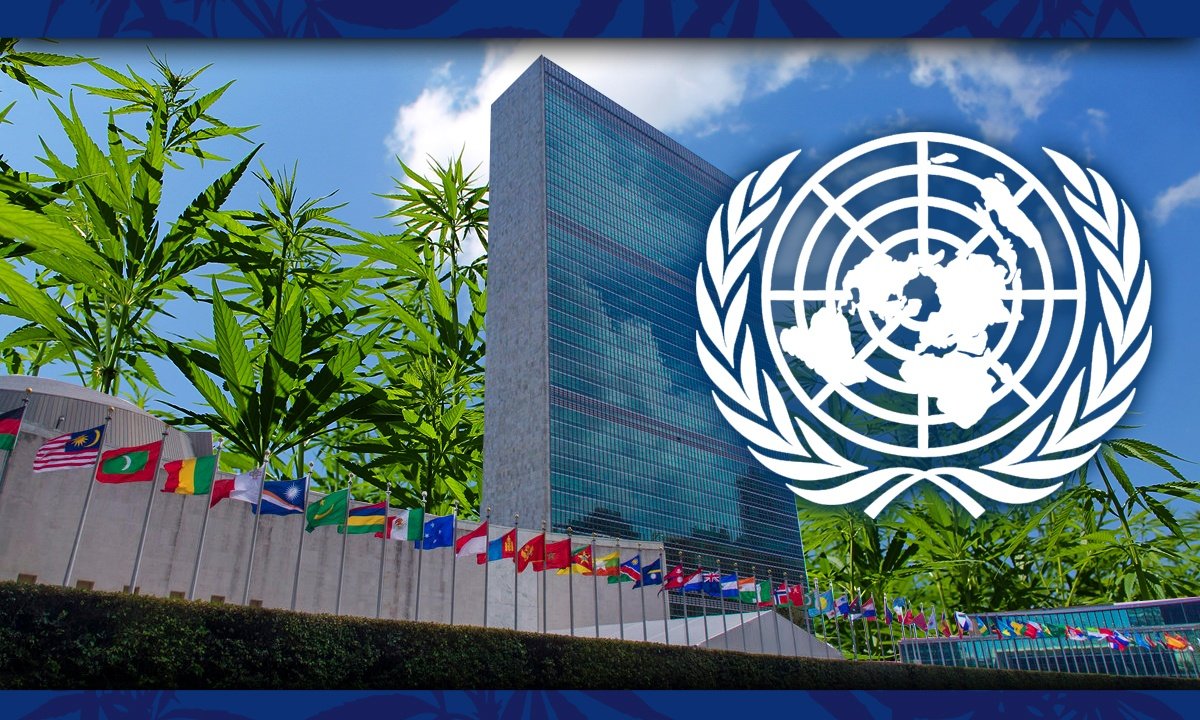 The United Nations (UN) Commission on Narcotic Drugs (CND) is scheduled to vote on December 2 on the fate of cannabis recommendations made by the World Health Organization (WHO). The vote, reports Green Entrepreneur, will affect a series of recommendations for THC and CBD products, including pharmaceutical cannabis products such as Marinol, Syndros and Sativex.

“Among its recommendations, the WHO calls for all forms of THC to be removed from the drug convention of 1961, placing it with cannabis in Schedule I, the least restrictive classification by UN standards. Meanwhile, pharmaceutical cannabis medications would be placed in Schedule III,” Green Entrepreneur reported.

“In addition to the WHO’s recommendation on rescheduling cannabis and cannabis resins, another significant recommendation relates to ‘cannabidiol preparations,’ or CBD, Nushin Rashidian reported in Cannabis Wire. “The WHO already took a position in 2018 that pure CBD doesn’t warrant regulation. This latest recommendation is to put that position into effect by adding a note under the cannabis and cannabis resin entry under Schedule I that ‘preparations containing predominantly cannabidiol and not more than 0.2% of delta-9-tetrahydrocannabinol are not under international control,’” Rashidian wrote.

It should be noted that while Schedule I in the U.S. means the most stringent of regulated categories under the Controlled Substances Act (CSA), under the UN 1961 Single Convention on Narcotic Drugs, Schedule IV is the most restrictive and includes substances considered dangerous with limited or no medical value. “In removing cannabis and cannabis resin from Schedule IV, the WHO is effectively acknowledging its medical utility, Cannabis Wire reported.

Writing in Forbes, leading cannabis attorney Bob Hoban said, “The Single Convention on Narcotic Drugs of 1961 is an international treaty prohibiting production and supply of specific drugs and of drugs with similar effects — except under governmental license for specific purposes, such as medical treatment and research. Under the Single Convention, Cannabis (not ‘marihuana’ or ‘marijuana’) is categorized alongside cocaine and heroin as a dangerous substance with no medicinal benefit and a high potential for abuse,” he wrote.

“The UN Convention doesn’t distinguish between marijuana or hemp or make other legal distinctions that exist in the United States, but defines the substance as ‘cannabis’ and generally comments on the legality of its various uses. This excludes most ‘industrial’ uses of cannabis, or what we think of as non-psychoactive hemp in the United States, from UN control. These industrial uses can include applications for textiles, bioplastics, pulp for paper, and biofuels, just to name a few” Hoban reported.

No Changes Anticipated in the Near Future
Hoban noted that even if the UN votes to approve WHO’s cannabis recommendations, the legality of cannabis won’t change in the near future.

“Here’s an example: if the UN were to adopt these changes, or even if the Single Convention were abolished in its entirety (highly unlikely), its tenets continue to be ingrained in the United States’ CSA and the domestic laws of its numerous signatories. Until those laws are also repealed, amended, altered or otherwise modified, nothing will change overnight because of the political will and conflict in signatory countries” he wrote in Forbes.

Representatives of the U.S. said the country will not support recommendations regarding CBD as a medical preparation, Hemp Today reported. “The U.S. representative said the WHO proposal to remove CBD medicine from international drug controls could ‘introduce legal ambiguities and contradictions that would undermine effective drug control.’ Instead, she reaffirmed that medical CBD is not scheduled in the Conventions, and therefore not subject to drug controls, reminding as well that CBD which may be present in industrial hemp products are similarly exempt,” Hemp Today reported.

In addition to the U.S., not all member states, including Russia, are on board with WHO’s cannabis recommendations or any changes to international drug rules. However, a group of international NGOs (non-governmental organizations) signed on the support approving WHO’s recommendations, according to activist and organizer Kenzi Riboulet-Zemouli, based in Barcelona, Spain.

NGOs Encouraged to Sign On to Support WHO’s Cannabis Recommendations
“As you may know, the United Nations will make a historic decision on medical cannabis in early December 2020,” Riboulet-Zemouli said in an email communication. “Together with ECOSOC-accredited organizations [referring to the UN Economic and Social Council], we have created a statement to be submitted to the Commission on Narcotic Drugs member states for consideration. We are calling on global drug policy reformers, patients, advocacy, and health organizations to sign-on,” he said.

“This statement will be submitted to the proper authority at the Commission of Narcotic Drugs for inclusion during the proceedings and in the official records, showing that NGOs care about the issue at stake. We would like for your organization to be included,” Roboulet-Zemouli added.

Read More
The World Health Organization Says Reschedule Cannabis: Will the UN Agree?
What You Need to Know about the Possible Historic U.N. Vote on Cannabis
WHO Scheduling Recommendations on Cannabis and Cannabis-related substances
NGO Statement to the UN Regarding Patient Access to Cannabis Medicine