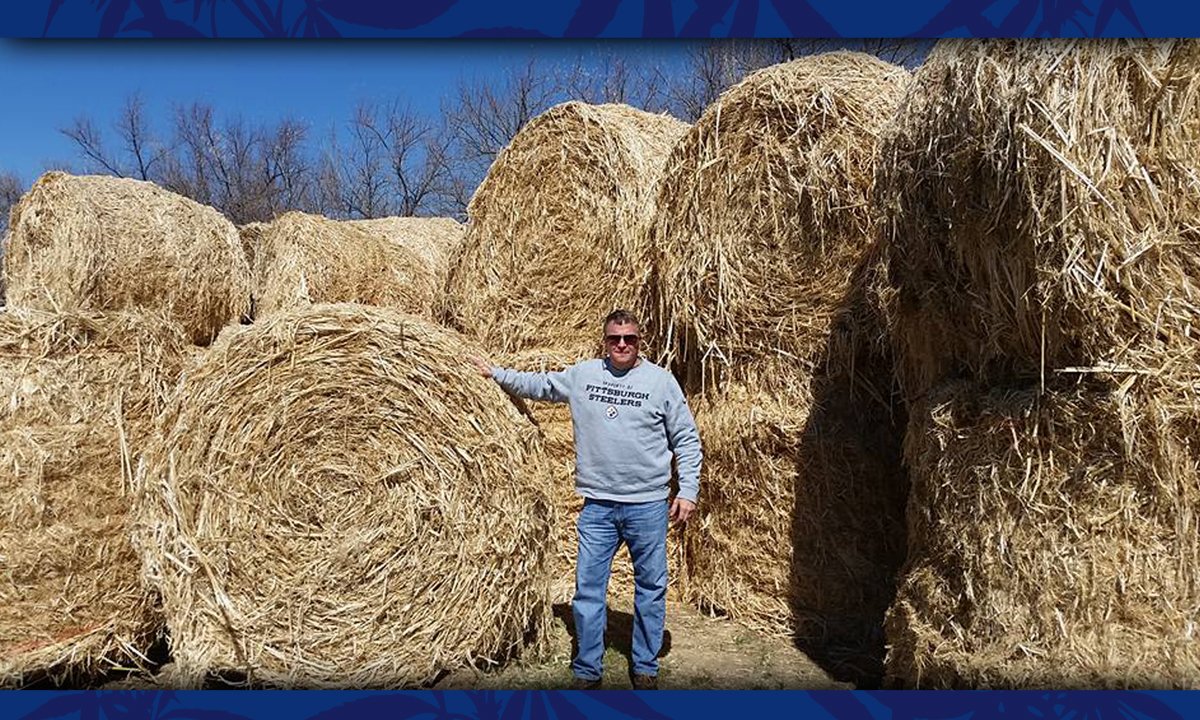 A Virginia importer of pre-packaged hemp animal bedding said he got a nasty shock Feb. 10 2021, when he found out multiple accounts at his bank had been closed with no warning or explanation.

Marty Phipps, 47, founder of Waynesboro, Va.,- based Old Dominion Hemp, had been depositing funds with his local branch of Bank of America since his business opened in 2015.

When his bank card declined multiple times Wednesday, he called customer service and was “immediately transferred to the account closing department,” he said.

“You can imagine every emotion that I went through,” Phipps told Let’s Talk Hemp. Company funds were frozen for two weeks, when Bank of America would mail him a cashier’s check, he was told.

“You don’t realize how much you have set up through your bank,” he said. Incoming orders were rejected, and he couldn’t pay his eight employees or make online payments to vendors.

“It was extremely embarrassing,” he said. “Fortunately, my vendors were understanding.”

The U.S. banking industry has been skittish with hemp since before the 2018 Farm Bill that removed the crop from the list of controlled substances and put it under the oversight of the U.S. Department of Agriculture and the Food and Drug Administration.

“Banks haven’t made the effort to distinguish [THC] cannabis from hemp, or learn about the law and their hemp customers,” said Eric Steenstra of Washington, D.C.,-based Vote Hemp, a hemp policy organization.

Steenstra said a “gray area” for CBD, which has not yet been approved by the FDA, is also causing large banks to steer clear of hemp businesses.

“Banks have their risk analysis departments and they have their own determinations” of what underwriters and regulators could possibly object to.

“It does seem random at times,” he added.

Phipps says his $1.4 million annual animal bedding business out of Virginia horse country has nothing to do with CBD.

“We sell animal bedding for horses and chickens made of crushed hemp stalks,” he said. “We’re so far removed from the regulatory aspect of hemp. We have nothing to do with cannabis.”

The Virginia Hemp Coalition sent out a warning to the state’s other hemp businesses and a social media post with the hashtag #boycottbankofamerica that was shared more than 100 times.

“[The hemp industry’s] banking is still not on solid footing which is a shame,” said Jason Amatucci, president of the coalition. “Bank of America has not been a good friend to the industry. These larger banks are going to lose business when they disrespect the hemp industry.”

A Bank of America spokesman declined to comment on any customer’s individual account. But Bill Halldin of the company’s media relations team said the bank was not acting on any new policy. “I’m not aware of any significant change in the law or our process,” Halldin said in an email.

Some larger banks will work with hemp businesses only after assessing a fee for risk, said U.S. Hemp Growers Association Chair John Strohfus.

The association ditched an account with Chase Bank after a $300 monthly “high risk” fee was too much to swallow, Strophus said.

In 2019, Wells Fargo closed Strohfus’s Minnesota Hemp Farms business accounts with a 30 day notice.   He had a total of 13 accounts at the time for several other companies and his home mortgage.  He had a banking relationship with Wells Fargo since the 1980s. Even though his primary business is hemp seed and food products, he thinks it was the company’s small CBD line that banks objected to.  He has since closed all of his other accounts with them.

“The large banks do not have any discretion to make intelligent decisions, they hit a policy flag and that’s it,” Strohfus said.

Banks hate risk and the avalanche of paperwork that comes with “high-risk verticals,” said Adam Gifford of Solvent, a Durango, Colo., payment processor technology company for high-risk businesses like cannabis and CBD edibles.

Banks can lose their charter if a company they’re working with misrepresents what they’re selling, Gifford said.

“Regulators, auditors, if they don’t like what they’re seeing, they can just shut you down, and it can literally happen overnight,” Gifford said. “That’s why banks don’t get into this industry.”

Big banks with tens of trillions in business don’t want to risk their business on a small segment of their accounts, whereas smaller regional or community banks see hemp companies as a growth opportunity, Gifford said.

The SAFE Banking Act, sponsored by Rep. Ed Perlmutter, D-Colo., was passed by the U.S. House last year with bi-partisan support. But the act was excluded from the December, 2020 $9 billion coronavirus relief act approved by Congress.

The bill seeks to give banks “safe harbor” protection from federal regulators for providing banking services for legally licensed cannabis and hemp companies, including CBD companies, and ancillary businesses.

Ultimately, Old Dominion’s Phipps was able to move his banking operations to Fulton Bank, a mid-Atlantic regional bank based in Lancaster, Pa. Fulton even offered Phipps a line of credit, for which had been rejected five times by Bank of America.

Phipps said when word got out, he got calls from three other banks who wanted his business, and then a call from a staffer at Bank of America’s corporate offices in Texas, who asked him if he grew hemp. By this week, Bank of America had unfrozen Old Dominion’s accounts, but Phipps was committed to leave Big Banking behind.

“They close the accounts, and then they call you and ask about your business,” Phipps said. “It’s asinine.”

Phipps said he’s mulling a name change for his company to initials “ODH” even though he’s proud to be a U.S. hemp business.