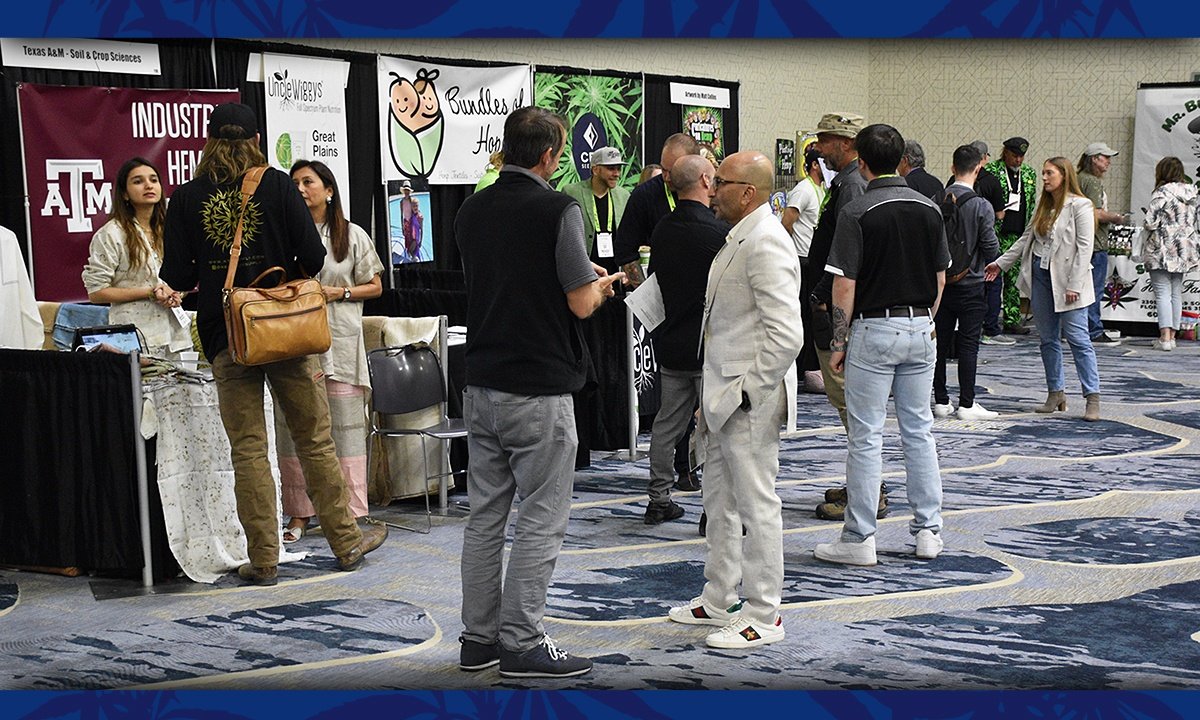 Organizers are already announcing plans for the Southern Hemp Expo, a sister event planned for Aug. 18-20 in Nashville, TN.

NoCo Industry Reboot
More than 120 industry speakers and experts filled four stages over two days at the stunning Gaylord facilities in Aurora, bringing together members of an industry that has endured challenges with the global pandemic, regulatory uncertainty and an emerging supply chain. Industrial hemp was legalized nationally in the 2018 Farm Bill.

“We are finally rebuilding and resetting this year after some challenges,” said organizer Morris Beegle of We Are For Better Alternatives (WAFBA) and Colorado Hemp Company.

“We were feeling renewed excitement and camaraderie at the Gaylord, and deals were being hammered out again,” he added.

Venue Upgrade
Organizers pivoted and moved the venue on short notice to the Gaylord, after their former site, Denver’s Crowne Plaza, became unavailable due to a government humanitarian program contracting with the hotel.

“We got a chance to upgrade to the Gaylord and this stellar venue really added to the vibrancy of the event,” Beegle said.

Hemp Ready for Investment
Speakers at Thursday’s Investment Summit said the hemp industry was ripe for investment, but that supply chain reliability was key.

“Until the supply chains develop, [hemp products are] going to be much more expensive and you’re going to have a struggle with consumer adoption,” Mina Mishrilkey of New York City-based Merida Capital Partners, LLC told an investment panel.

Voices from the Trade Show
Participants on the trade show floor appreciated the energy and connections made at the event.

“I’m amazed to be around all these hemp legends and artists. This is like a Marvel convention for me,” photographer “Hemp the Artist” told Let’s Talk Hemp.

“There is something about being in person and relationship-building,” said Franny Tacy of Asheville, NC CBD chain Franny’s Farmacy. “What I love about being a part of NoCo now for so many consecutive years as an exhibitor, a participant and a speaker, is that these are the people that have been in the business, that created the business and now they are still evolving within the business,” she added.

Even though the event was “a little bit slower” than in previous years, when almost 20,000 people attended NoCo Hemp Expo, “It’s good to see that there’s still some potential in the industry for sure and some new ideas,” said Casey Schoenberger of Dramm Corporation, a greenhouse irrigation and fertilizer company and sponsor of the Dramm Education stage. “It’s been a hard couple years for people in this industry, but I think it’s going to shake out,” he added.

“We’re returning our event to Nashville, where we have had so much success bringing the important Southeastern US hemp supply chain together,” said organizer Morris Beegle.

Already, organizers are preparing to announce the dates of the NoCo Hemp Expo for 2023.

“It’s time to reimagine and return to the promises of hemp and the innovation and opportunity of this exciting new industry for our farmers and for our planet,” Beegle said.