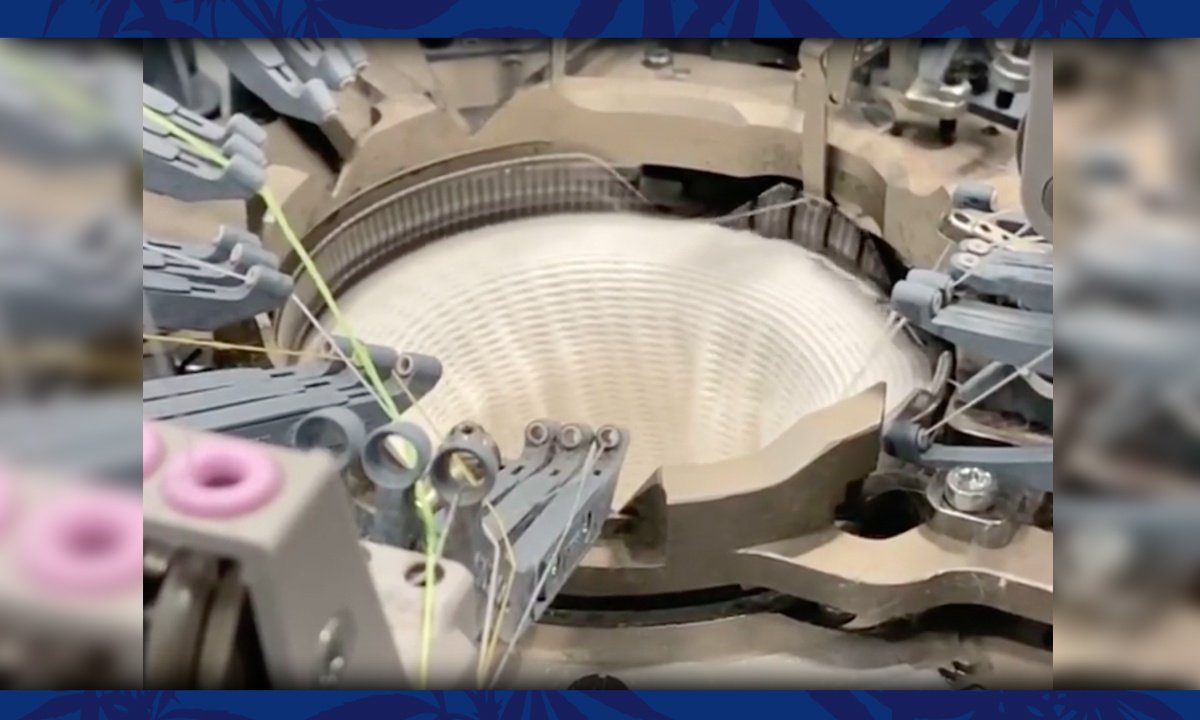 The textile industry in North Carolina is on the rebound, just in time for a once-in-a lifetime introduction of a new textile fiber in the United States — industrial hemp. Industry watchers say hemp can help rebuild the U.S. textile industry with new blends of longer-lasting fabric that could create a new trend in U.S. apparel.

“There is a ton of excitement for hemp,” Devin O’Connor of Gastonia, NC-based Parkdale Mills, told Let’s Talk Hemp. “We get inquiries about hemp every day.”

North Carolina was once the center of the U.S. textile industry from the 1920s until the late 1990s when fashion brands started to manufacture clothing overseas, particularly in Asia taking advantage of cheaper labor costs.

Still the textile industry in the United States, primarily in the southeast, grew to $75.8 billion in 2019, up more than 10 percent since 2009, according to the National Council of Textile Organizations.

The textile supply chain from the “dirt to the shirt” involves growing and harvesting fiber plants, like cotton and hemp, and then a chain of steps including ginning, spinning, knitting, finishing, cutting, sewing and dyeing.

Several of those more labor-intensive steps, like cutting, sewing and finishing have often taken place overseas, in eastern Europe and Asia, where labor is cheap.

The pandemic changed the U.S. textile industry’s mindset about sending a garment back and forth across multiple oceans, Parkdale’s O’Connor said.

“COVID was a blessing in disguise to U.S. manufacturing. It was the first time we saw how vulnerable we’ve made ourselves by having very centralized supply chains, when global shipping production came to a halt,” he added.

“Brands and retailers can see the benefits of resilience that comes with a more decentralized supplier base,” O’Connor said.

“We have been spoiled by cheap imports,” agreed Eric Henry, a hemp textile ambassador and printer and dyer of t-shirts at TS Designs in Burlington, NC.

“We’ve got to understand the value proposition beyond price,” he told Let’s Talk Hemp.

Consumers and fashion companies are becoming more conscious of worker conditions in the garment industry worldwide.

In 2020, companies making apparel with fabrics made of Chinese cotton were warned by the U.S. State Department that cotton from the Xinjiang Uyghur Autonomous Region (Xinjiang) was likely made with forced labor or under human rights abuses.

Henry’s North Carolina company includes a QR code on each garment that shows it was made in the United States.

A return to U.S. fiber might give hemp a chance to be incorporated into blends with cotton to make a new style of fabric that’s longer lasting, Henry believes.

“Hemp will raise the quality and durability of the product,” Henry said.

Henry had a goal this year to produce 2,021 hemp/cotton blend t-shirts from U.S.-grown hemp this year, but the project never got past the spinning stage.

“Everybody thought the hemp fiber was good, but it failed. We couldn’t get it out of spinning,” Henry said. “It’s an R & D issue that will be resolved with more research,” he added.

The hemp fiber supply chain for textiles is still in its infancy in the United States, said Kelly Flynn, of Clemson University in South Carolina. Flynn manages the experimental hemp research plots on the university campus, and has done graduate research on the fine textile supply chain.

“The specs for fiber have to be looked at,” Flynn told Let’s Talk Hemp. “A lot of factors can affect the quality of fiber, including genetics and cultural practices of how it’s cultivated and retted,” she said.

The hemp industry is still new and will take “five to seven years” to mature, Blake Butler, executive director of the Southeast Hemp Association predicted in an interview with Let’s Talk Hemp.

Farmers need to be confident they can be paid a fair price to grow reliable strains of fiber hemp that will work well in recalibrated spinning and knitting machines.

“The most important person in this is the farmer,” Butler added. An analogy for hemp’s value in textiles can be found in the rise of the craft beer movement in the United States, Butler said.

“People got used to paying a little bit more for craft beer, because of the people and American jobs behind that,” Butler said.

“How often do you get a brand new crop in the United States? It’s time to tell an American story when it comes to fiber,” Butler added.

Before it can be spun into yarn, hemp bast fiber must also undergo a “degumming” process to remove lecithin and must be cleaned of inner bark, called hurd.

These processes are still being perfected in North Carolina and the southeast United States, where the 2018 Farm Bill legalized the growing of hemp, but most farmers jumped into growing CBD cannabinoid hemp which can’t be used for textile fiber.

That didn’t stop hemp evangelist Guy Carpenter of Wilmington, NC-based Bear Fiber from undertaking an ambitious project last year: To create a garment made from U.S. grown and processed hemp.

“It eats at my brain all the time,” he joked. “No part of my work ever engaged me that actively, as the opportunity and challenge of trying to create a textile grade fiber market in the U.S.”

North Carolina is the perfect spot to create that industry, he said.

He rattled off educational institutions like the Wilson College of Textiles and Zeis Textiles Extension at North Carolina State, both in Raleigh, and community college programs throughout the state.

“Nowhere else in the world are these tools available to entrepreneurs and textile engineers for this kind of development,” he added.

“It would be a crime not to move forward with hemp development in North Carolina,” he added.

The U.S. can learn a lot from the Chinese, who have been perfecting hemp fiber cultivation and textile production for years. That’s not a bad thing, Carpenter, who has toured Chinese hemp textile mills, said.

“The Chinese want us to succeed with hemp,” he said. “That will create a bigger market because of the U.S. influence and build their own hemp textile industry.”

Hemp-blend fabrics can make garments that “last for 20 years” and are more breathable, stop UV rays, inhibit mildew and are completely biodegradable at the end of their life cycle, Carpenter pointed out.

“Hemp’s not gonna save the world, but I’ll tell you what, it’s gonna be in your favorite clothes, that last long and make you look good. Hemp might save your closet,” he added.