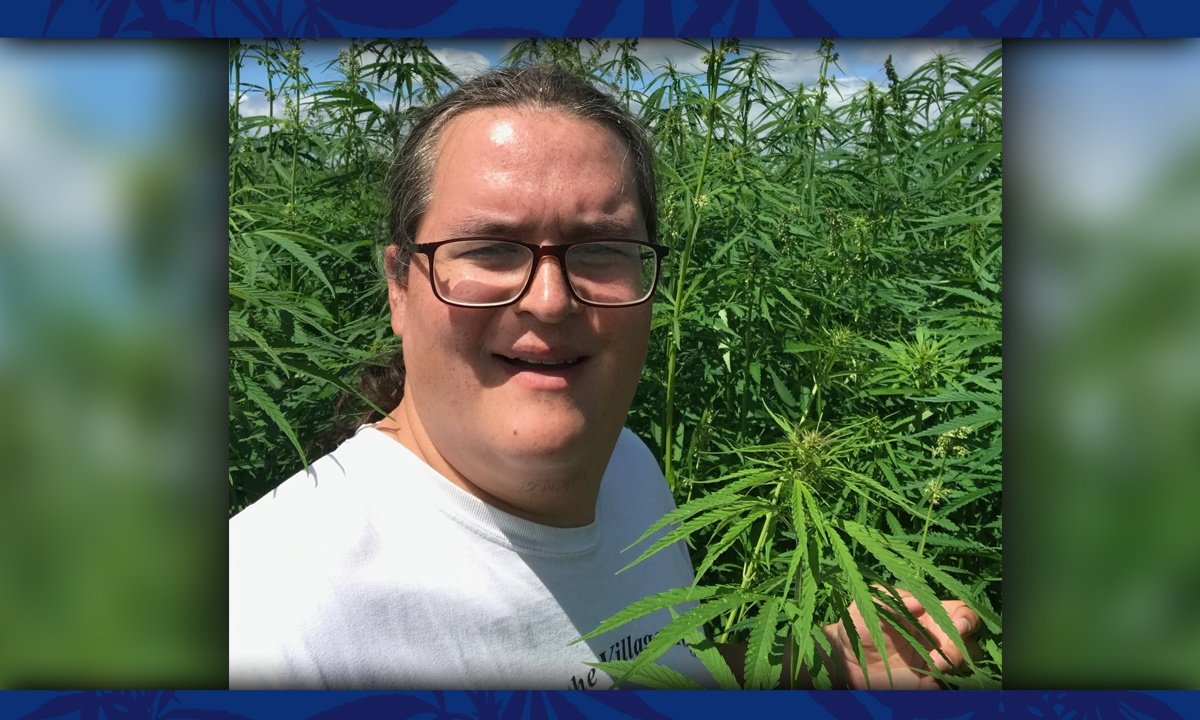 “Hemp is our ancestral ally. Now is the time to remember this alliance with hemp after decades of prohibition. Hemp won’t save us, but it can help us. That’s what Earth Medicine does.”

Those are the revered words spoken by the late Native American hemp advocate, recording artist, and poet John Trudell before his passing in 2015. Trudell is the Co-founder of Hempstead Project HEART, an organization he formed in 2012 to raise awareness on industrial hemp nationwide.

“It’s all about education, organizing, coalition building, research and advocacy to catalyze a shift that allows hemp farming, manufacturing, and entrepreneurship to flourish in our tribal, rural, and urban communities,” said Grignon. “Our goal is to bring hope and raise awareness of the benefits of industrial hemp for people and the planet and restore hemp’s potential as a cash crop in the United States.”

For the Love of Hemp
Before working with Hempstead Project HEART, Grignon served as a staff assistant for the Small Business Administration’s Office of Native American Affairs with the Obama Administration in Washington D.C.

But it was his passion for hemp that led Grignon back to Wisconsin, where he finished his Bachelor’s degree in Democracy and Justice Studies from University of Wisconsin-Green Bay and became an agricultural researcher focused on climate change adaptation. From there, he was asked by his tribe to be the researcher for the hemp farm on Menominee land in 2015.

Grignon reflects on how his dream to grow hemp turned into a nightmare when police raided his farm, mistaking the crop for marijuana. This challenge prompted him to seek help, and he sent a request to Trudell and the Hempstead Project HEART team.

“My letter was simply a plea to fill an educational void on cultivating industrial hemp in Wisconsin on the Menominee reservation. When John answered my note and requested an in-person visit, I was speechless. I wanted my Menominee tribe and other nations across the country to be able to grow hemp safely, without fear, and that’s why I turned to Hempstead Project HEART,” shares Grignon.

Sadly, four days after their meeting in December of 2015, Trudell passed away. To this day, Hempstead Project HEART’s team remains committed to preserving John’s legacy and his vision for hemp’s future.

Taking Action for the Future
Hempstead Project HEART is currently working with five tribal communities to ensure federal hemp legislation is upheld. The organization’s mission remains focused on conducting research to highlight hemp in Wisconsin and the U.S.; educate the public about the benefits of hemp; advocate for legal hemp cultivation and processing on a state and federal level; and building alliances among Tribes, organizations, businesses and people to reestablish the hemp supply chain in Wisconsin and the U.S.

However, Grignon admits that there’s still a lot to accomplish to help poverty-stricken communities, such as the Menominee. “Wisconsin was once a major producer of hemp and hemp products. There were once ten thriving hemp mill towns in the state that contributed $48 million (adjusted for inflation) to our state’s economy. We have to bring back hope and regain trust.”

Hempstead Project HEART has created a national campaign to #bringbackhemp to help create a vibrant, healthy, and prosperous future for coming generations.

According to Hempstead Project HEART’s website, the organization envisions a future with healthy agricultural lands that have healed from industrial farming scars, where jobs are plentiful and hemp businesses flourish. “We see a future where tribal nations can fully participate in developing and advancing the hemp industry by creating meaningful livelihood for reservation residents. We see the renewal of economic vitality and ecological health in rural and farm communities that once benefited from the hemp boom of the last century.”

The team is encouraging Americans to take action in four ways – to buy hemp products grown by their fellow American farmers; organize community meetings educating people about the many uses and benefits of hemp; donate to build the hemp supply chain that runs through Indian Country, and to connect with other hemp leaders and experts to bring John Trudell’s last wish full circle: hemp grown as far as the eye can see.

For more information on Hempstead Project HEART and to #bringbackhemp, visit hempsteadprojectheart.org.

Heather Collins is an Account Manager for Compass Natural Marketing and has been working in communications and marketing in the natural products industry for the past twenty years. Compass Natural serves in PR and programming for NoCo Hemp Expo and Southern Hemp Expo. Collins serves as a Contributing Writer of the weekly Let’s Talk Hemp Newsletter, published by We are for Better Alternatives. Contact heather@compassnaturalmarketing.com.