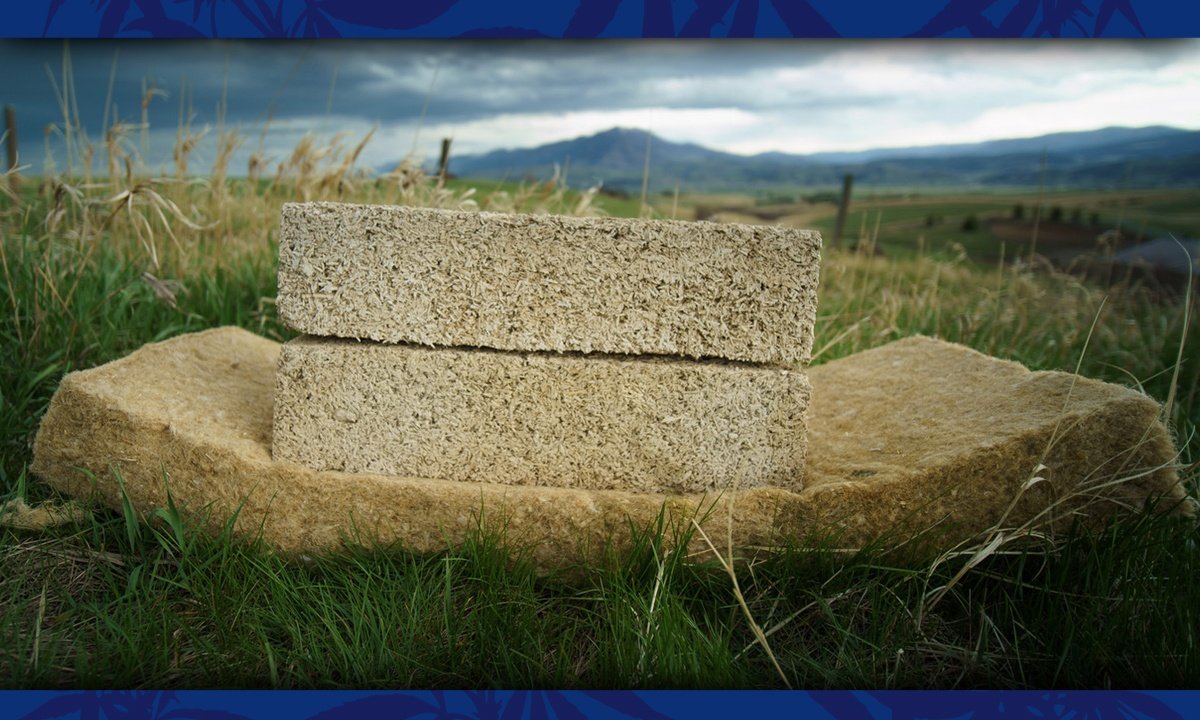 Building with newly legalized hemp-based materials will give an added boost to the U.S. goals to reduce carbon emissions caused by the construction industry, new data shows.

Industrial hemp, the superstar carbon-sequestering plant, can help reduce the carbon output of the built environment through the construction concept of embodied carbon.

The built environment generates almost 40% of greenhouse gas emissions — more than any other sector of the economy, including transportation, agriculture and industry.

In the past, builders have focused on reducing these climate risks by lowering “operational carbon” — the amount of energy needed to heat and cool our buildings. Better insulation, tighter windows and renewable energy sources are all parts of the puzzle to bring down energy use.

Embodied carbon accounts for 20-50% of a building’s total carbon output.

Using hemp-based building materials such as hempcrete, or hemp batt insulation (produced by Hempitecture), can significantly cut down on embodied carbon before the building is even built, reducing the carbon released in the product stage at the beginning of a building’s life, she added.

Studies from the Carbon Leadership Forum show that embodied carbon reduced at the beginning of a building’s life will dramatically lower the total carbon output of a building over its lifecycle.

Hempcrete is gaining a “lot of traction” in conversations about the future of building and embodied energy, Colorado-based designer-builder Frank Wetenkamp of Living Craft Design, told Let’s Talk Hemp.

Wetenkamp, a builder, architect and engineer and president of the Colorado Green Building Guild, built a hemp-clay custom home in the Colorado foothills.

The next step of the building codes is “moving beyond operational energy” and determining which materials actually sequester carbon, Wetenkamp said.

Hemp insulation is a carbon-storing material, as compared to the high-energy and toxic chemical processes used to create polystyrene, mineral wool and fiberglass insulation.

In fact, mineral wool and fiberglass contribute more than 30 percent of the stratospheric ozone depletion, the worst environmental culprit, in the  “pre-construction phase” of single-family homes, the EPA said.

The U.S. Department of Energy’s Innovation Crossroads program is studying Hempitecture’s HempWool because it is non-toxic, high-performing and carbon-negative to manufacture.

“When looking at total greenhouse gas emissions for new buildings built over the next ten years — the critical period for action to address the global climate emergency — Architecture 2030 estimates that 80% will come from embodied emissions,” Pederson writes. “So lowering embodied carbon emissions is now even more urgent than lowering operating emissions.”

These hemp materials are on the market today, and need to be incorporated into American building practices, as they have been for 30 years in Europe.

“There is an urgent need to address embodied carbon now to meet short-term and long-term climate targets,” Pederson said.