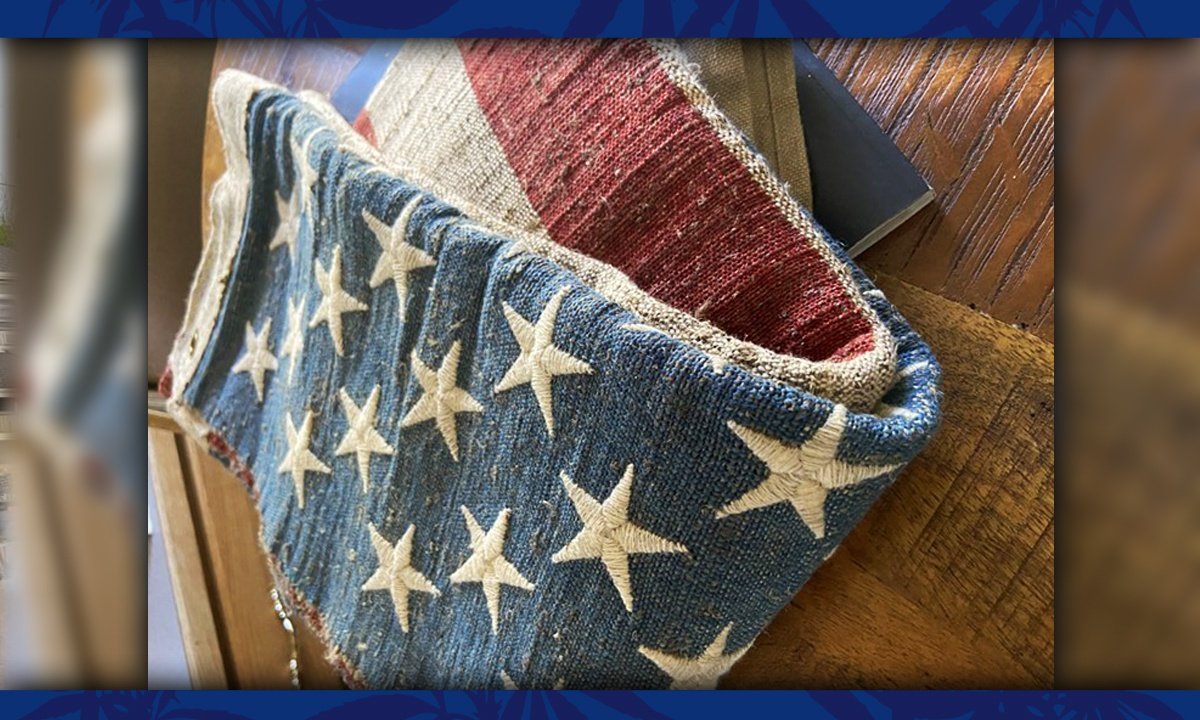 A U.S. flag made of hemp textiles was flown this week at the Denver Capitol building to celebrate Colorado Hemp Week. Photo courtesy of Samantha Walsh

A U.S. flag and the Colorado flag, both hand sewn from hemp textile material, were displayed Monday at the request of Gov. Jared Polis, Colorado’s pro-hemp governor who flew a hemp flag over the U.S. Capitol in Washington, DC, for July 4, 2013. A hemp flag flew over the Capitol in Denver last year as well.

The hemp flags were hand-sewn by seamstress Margaret Eversol of Colburn, CO.

“We work really hard as an association to ensure this industry stays successful and full of promise for our farmers,” said Bethleen McCall, the association’s president, in a statement. “It’s great that we can recognize our farmers and all the benefits this crop has provided to Colorado. Flying the hemp flag over the Capitol has become a tradition that says, ‘We’re here as an industry and we’re sticking around,’” McCall added.

Polis mentioned the hemp flag when he spoke at Denver’s NoCo Hemp Expo in March, praising the hemp industry in Colorado.

“That red, white and blue hemp flag that went up for Colorado Hemp Week on the west side of Colorado’s golden Capitol dome, a proud banner made from legalized industrial hemp,” Polis said during the expo event. “Thank you for making history so we could fly our flag to honor it,” he added.

Polis has been a strong supporter of hemp in the state, said cannabis/hemp lobbyist Samantha Walsh.

“It’s always great to have a champion in the governor’s office,” Walsh told Let’s Talk Hemp. “He understands the value of hemp as a crop and the possibilities for a new era of agriculture. He’s done a good job with a lot of working groups to explore opportunities, particularly with water conservation,” she added.

“Colorado has been a national leader in developing public policies that support hemp production, protect farmers and consumers, and treat hemp as an important agricultural product and not a controlled substance,” the proclamation said.

“Colorado has long recognized the strong economic potential that hemp production offers our agricultural sector as a food, fiber, and cannabinoid producer and the increasing consumer demand for hemp products.”