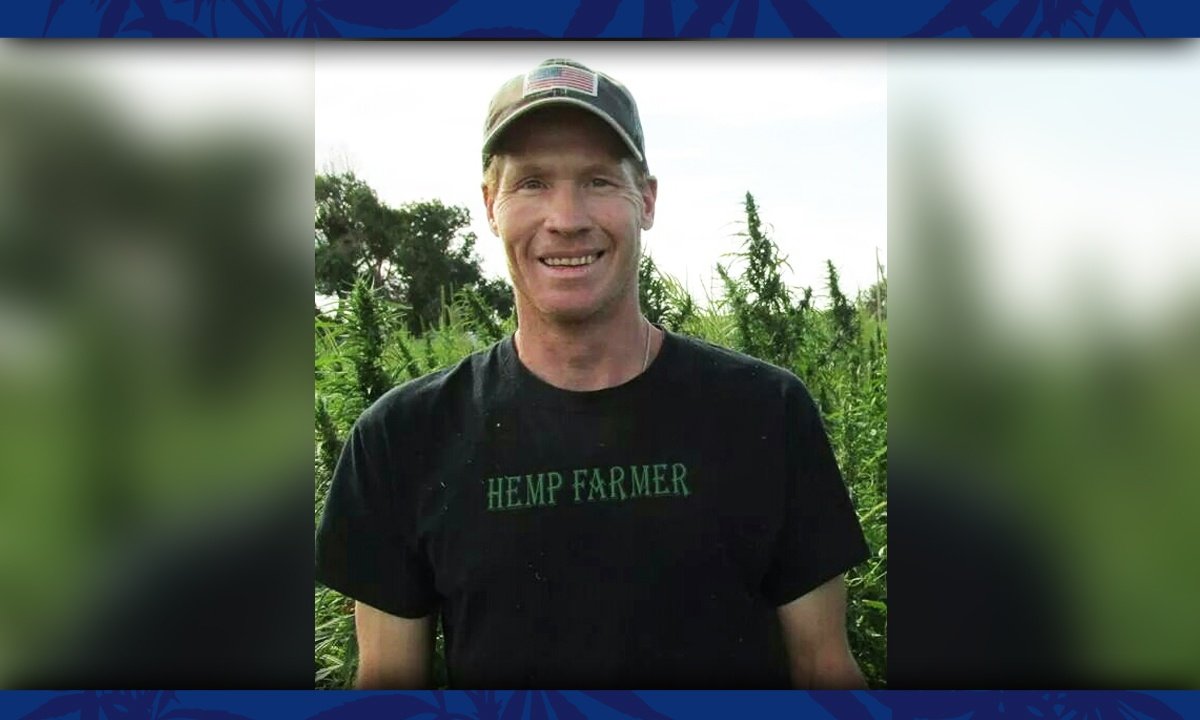 Known as the first modern-day farmer in the U.S. to harvest an industrial hemp crop after decades of prohibition, Colorado hemp producer Ryan Loflin shares his trailblazing tale

It takes a village. At least it did in the late fall of 2013, when, lacking migrant workers who had all left for Texas for the winter, Colorado farmer Ryan Loflin put out a call on social media for his friends to help. In all, about 60 people from six states showed up to assist in the first harvest of an industrial hemp crop in the U.S. in more than 70 years.

Now, Ryan will be the first to tell you he wasn’t the first to plant industrial hemp. In that, he tips his cap to other hemp trailblazers, including California’s Chris Boucher, and South Dakota tribal leader Alex White Plume, who planted industrial hemp years before him, but whose crops were seized by government authorities before they could be harvested. Thus, Loflin’s status in the hemp community as the first modern-day farmer to harvest a crop of industrial hemp on U.S. soil.

In 2013, hemp was not quite legal yet; that didn’t happen until the 2014 Farm Bill, which allowed for moderate production, says Loflin. Speaking of the authorities who could have seized his first crop – a half-crop circle of 60 acres – “They just didn’t show up. I actually put it out on Twitter and Facebook; I was transparent, because I needed the help. People showed up from all over the country, but thankfully, the authorities didn’t,” he says.

Speaking of soil, Loflin’s third generation family farm, 900 acres in all (300 irrigated acres and 600 acres in grass and dryland), is located in Baca County, an arid, high plains region in southeastern Colorado, only 25 miles from the epicenter of the Dust Bowl that devastated farms and Western communities in the 1930s.

Organic and Regenerative Approach
For the dryness of the area, combined with Loflin’s concerns about how climate change is affecting his farm – “It’s a part of everyday life for us, now” – he has always focused on organic and now regenerative production practices that focus on rebuilding and capturing organic matter, or carbon, back into the soil.

“We practice organic and regenerative farming because we have to,” Ryan says. “We’ve been conscious of cover crops the whole time, so we never leave the soil bare during the winter, where carbon can escape into the atmosphere. We plant winter wheat, or triticale, or oats as winter cover crops,” he adds. The farm also grows sorghum, another drought-resistant grain crop, in rotation with hemp, alfalfa and other commodity crops.

Cattle, too, are an integral part of Loflin’s regenerative practices. “We let them graze in the wintered fields with either cover crop or feed stubble we leave from the sorghum.” Their manure helps add organic material back into the soil, Ryan notes.

For organic pest control, corn ear worms can be a problem with hemp flowers, and grasshoppers can be a significant problem in hemp. “There’s not much you can do, but I mix a spray of garlic and neem oils, and I ‘harass’ them out,” Loflin says.

Since his first crop in 2013, Loflin has grown up to 250 acres of hemp, but has pulled back, based on recent market conditions. “We’re thinking of planting a half-crop circle, minimum, in 2021,” Ryan shares, “but we’re still going to see where the market goes in 2021.”

Focus on Fiber
In recent years, Loflin’s farm, Rocky Mountain Hemp (www.rockymountainhemp.farm), has focused on hemp production for fiber, as well as hemp seed for food and for planting future crops.

In the fiber business, Loflin is a collaborator with Mike McGuire, owner of Western Fiber. Founded in 1976, the company offers textile fibers, hemp-based panels and insulation for the building, construction and automotive industries, animal bedding products and livestock feed.

“We’ve replaced traditional insulation materials with hemp bast and hurd – long and short fibers – and developed a process to blow that insulation into walls, floors, ceilings, etc.,” Loflin notes. “It’s a more natural and potentially safer, insulation from a renewable source,” he adds.

“We still have a lot of opportunity with the hemp industry in that it is a multi-use crop, it’s a ‘multi-dimensional’ crop,” Ryan emphasizes. We can use it for food, animal feed, housing, clothing, medicine – we are just getting started! We also need to look more seriously at building houses with this material – not just hempcrete, but making everything you see in the home out of it. In the wildfire areas of the West, we could build hempcrete homes that won’t burn. We need to change the way we think about building homes…and where,” Loflin muses.

Outlook for the Future
“In agriculture alone across the board, it’s crazy right now with tariffs and trade,” Ryan says. “For hemp farmers,” we need investment in processing and we need industry to step up – the American auto industry needs to be put on point for hemp,” Loflin opines.

While CBD helped build awareness for the hemp plant, “the all-star uses of this plant is in automobiles, composites, construction, plastics, fibers – hemp can make everything work better, and is less toxic,” he notes.

While Loflin is carefully watching how the USDA’s new rulings for 2021 will affect hemp producers, it will come down to states’ rights, he believes. “Colorado has been very supportive. In 2012, I was at the state capitol advocating for programs to use hemp for phytoremediation in contaminated sites. Today, Colorado State University offers a course in hemp production,” he adds.

“My advice for producers in 2021: keep fighting,” Loflin offers. “Don’t quit because agriculture is hard right now. It can be a high pressure lifestyle and many question whether it’s worth it, but I believe it is.”