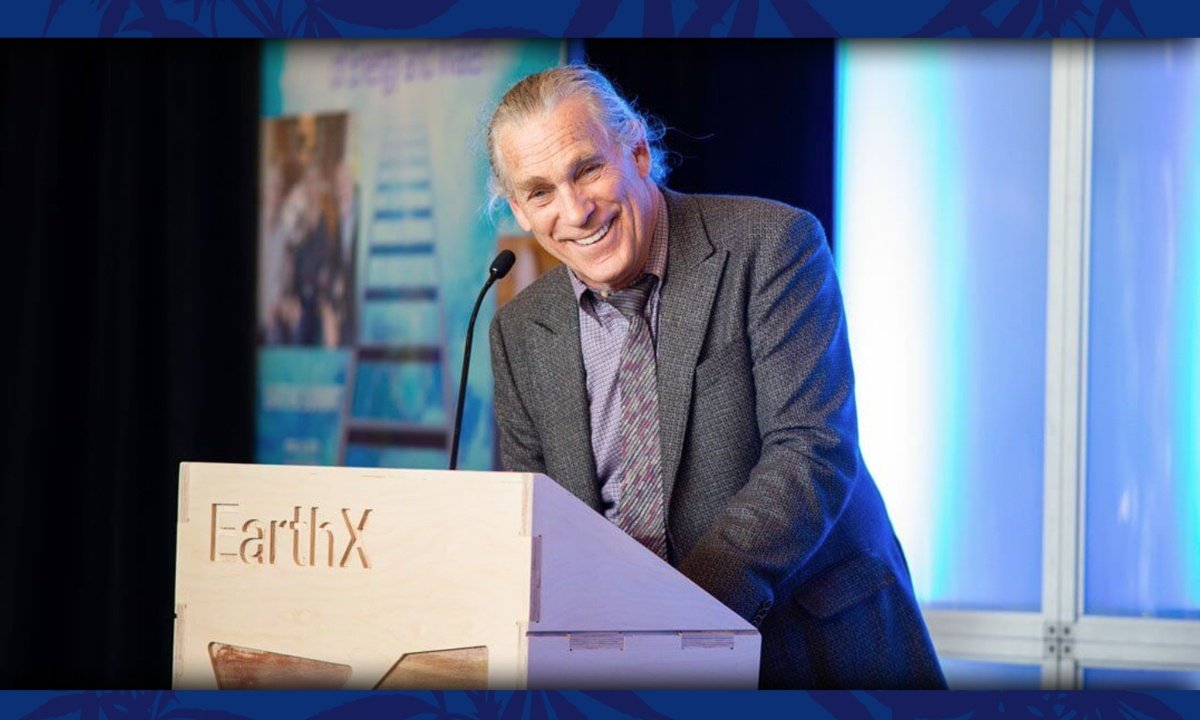 A Dallas-based global environmental nonprofit is expanding after its first decade, and industrial hemp is playing a role in the vision of a more regenerative future, the founder says.

EarthX prides itself in being a platform for advocating a variety of solutions to solve our immediate environmental challenges.

“I am intrigued by the possibilities hemp can offer in the arena of sustainability and look forward to learning more about what some call ‘the miracle tree,’” Trammell S. Crow, founder of EarthX told Let’s Talk Hemp.

Evolving from the Earth Day Dallas celebration when the event began a decade ago, EarthX has become a year-round global environmental forum that includes an exposition, conferences, an investment summit and now EarthxTV, a 24/7 environmental streaming platform.

EarthX is supporting the Southern Hemp Expo — the largest hemp supply chain trade show on the East Coast — as a Regenerative Earth Sponsor at the Raleigh Convention Center in Raleigh, NC on Sep. 2 – 4.

Special video content from EarthxTV will be featured at conference luncheons during the Let’s Talk Hemp Business Forum, Thursday, Sep. 2 and the Farm Symposium Fri. Sep. 3.

The carbon-capturing and economic and innovative power of the industrial hemp plant fits into the vision of EarthX, founder Crow said.

Crow, a longtime environmentalist, former Texas real estate developer and businessman, has devoted his life to finding common ground in messages of environmental conservation that can cross political divides.

“We are talking about the science to both sides,” said Crow, who has joined with other so-called “Green Republicans” to craft environmental solutions that can unite Americans, from left to right.

Crow has also used his business influence and contacts to bring financial support to environmental startup companies that are providing solutions.  This includes the impact of the EarthX E-Capital Summit.  This past year, the Summit hosted industry and investment leaders in agtech including Leaps by Bayer, Cultivian Sandbox, AppHarvest and Indigo Ag.

Over the last four years, startups that have participated in the E-Capital Summit have gone on to raise more than $500 million in funding from investors from around the world.  The invitation-only summit, which also awards a $20,000 Climate Tech Prize yearly, plays matchmaker to early-stage companies and investors, along with family office funds, Crow said.

“We haven’t even scratched the surface with the E-Capital summit,” Crow noted.

After canceling the 2020 EarthX April events due to the pandemic, the organization came out of last year with a new focus on EarthxTV, a new media company that will take the EarthX message beyond Dallas and have global reach.

EarthxTV has produced hundreds of hours of original programming such as Conservation in Action with safari conservationist Ivan Carter and El Futuro Del Planeta, a Spanish-language program focusing on sustainable solutions in Latin America with host Ivan Carrillo. The organization is partnering with NGOs and other organizations from across the globe to amplify their messages as well as important gatherings and conferences.

The reintroduction of hemp is a bi-partisan issue, and something we can “build agreement on,” he said.

Hemp was finally made legal again through the 2018 Farm Bill after being banned for more than 80 years of prohibition.

“We have to walk back and fix past mistakes [with hemp] and now make up for lost time!” Crow said.

Find out more about EarthX at the Southern Hemp Expo, Sep. 2-4 at the Raleigh Convention Center in Raleigh, NC.

Decorticating Hemp in America’s Heartland
From the Farm: How Regenerative Organic Agriculture is Growing in Hemp