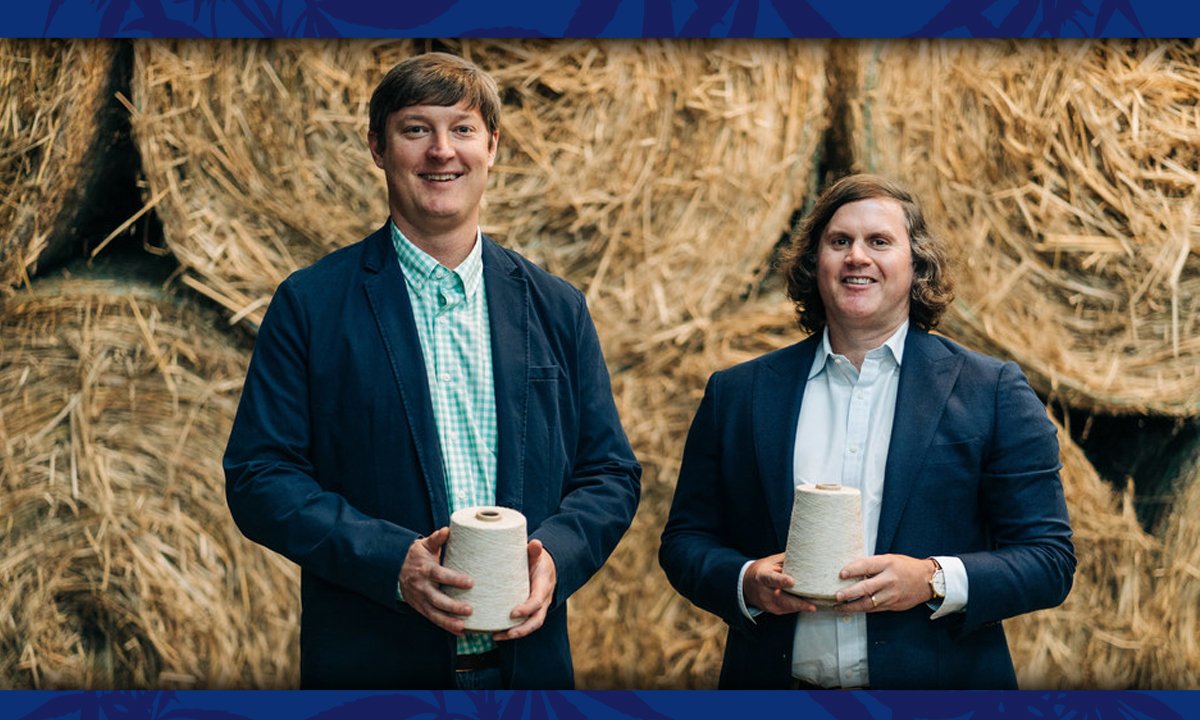 Based in a century-old Montgomery, AL, steam plant that once powered the city’s trolley system, hemp fiber processors BastCore are moving forward with a proprietary system to process clean fibers from industrial hemp, founders say.

The company closed on a $2.8M Series A financing round in April which will allow them to expand capacity and hire more people after long years of R & D, founder Coleman Beale told Let’s Talk Hemp.

“The decortication aspect is hard work, there’s just a lot that goes into it,” Beale said. “It took years to finetune our process, about six years of R & D to get it to scale up,” he added.

The 60,000 square-foot factory is now storing bales of fiber hemp and equipment that processes hemp stalks and separates clean outer bark fiber (bast) used for textile and nonwoven materials and the woody core (hurd) used for building materials and other uses.

BastCore is finalizing contracts with denim companies to produce “clean quality and consistent fiber” for textiles that are a blend of 20% hemp and 80 % organic cotton, Beale said.

“The market opportunity is tremendous. We see this as a trillion dollar opportunity,” he added.

Giving farmers a market for hemp grown in Alabama and nearby Kentucky is the goal of the company, which is supported by the Alabama Department of Agriculture, with offices “just down the street,” in downtown Montgomery, said Beale’s college pal and business partner Austin Bryant.

More apparel brands are considering their carbon footprint in the fashion industry and the transportation costs of moving raw materials along the value chain “from Alabama to Eastern Europe, to China and back to the United States,” Bryant told Let’s Talk Hemp.

“We’re looking at the carbon costs of all that. There is a new demand and appetite for products that are made, grown and processed here, with foreign sources for material that have a lot of question marks,” he added.

“We’re not trying to replace cotton. People talk about cottonized hemp, but you know how strong and tough hemp is? There are ways to complement cotton and whole products that can be made with hemp that cotton can’t do. There’s a market for products with the strength and moisture and performance attributes of hemp,” Bryant added.

The company is also providing raw materials on contract for nonwoven products made from hemp including hand wipes, baby wipes and car mats, Bryant said.

“We’ve been investors in the BastCore project since 2015,” Paxhia told Let’s Talk Hemp.

“The goal is to create high-value end products with their processing technology and fully utilize hemp, which is an amazing plant,” he said.

Paxhia said Poseidon, which has a history of cannabis-related investments, understands the long term potential of non-intoxicating industrial hemp.

“We believe this economic energy is coming to the US industrial hemp industry,” Paxhia said. “This is a great American story in the making,” he added.